ESICM President Massimo Antonelli and Jozef Kesecioglu chair this first clinical trials session featuring a selection of the newest ideas and developments in clinical practice at the bedside. This session is not to be missed…

outcomes. Patients were randomised from 46 sites in Australia and New Zealand to receive either 1.5kcal/ml enteral nutrition (energy-dense) or 1kcal/ml (standard care) given at the same rate (1ml/kg IBW/h). The protein concentration was the same in the two formulae ensuring that the protein ‘dose’ received was the same in the two groups. The primary outcome was 90 day survival. ​A number of secondary outcomes will also be presented.

We will present the results of the Breathe randomised controlled trial – an evaluation of the effectiveness of early extubation to non-invasive ventilation with protocolised invasive weaning in adult patients who were difficult to wean. The Breathe trial took place between March 2013 and October 2016 across 41 intensive care units in the UK. 364 patients were randomised with the primary objective of determining the effect of the different weaning strategies on time to liberation from ventilation.

“This now is the largest European multi-centre trial outside the Netherlands on the effectiveness and safety of decontamination strategies in ICUs.”

Effect of targeted polymyxin B haemoperfusion on 28-day mortality in patients with septic shock and elevated endotoxin level: the EUPHRATES randomised clinical trial

In this multicentre randomised clinical trial that included 450 adults with septic shock and high circulating endotoxin activity, polymyxin B haemoperfusion compared with sham haemoperfusion did not significantly decrease 28 day mortality, 37.7% versus 34.5%.

Relevant findings from the trial: 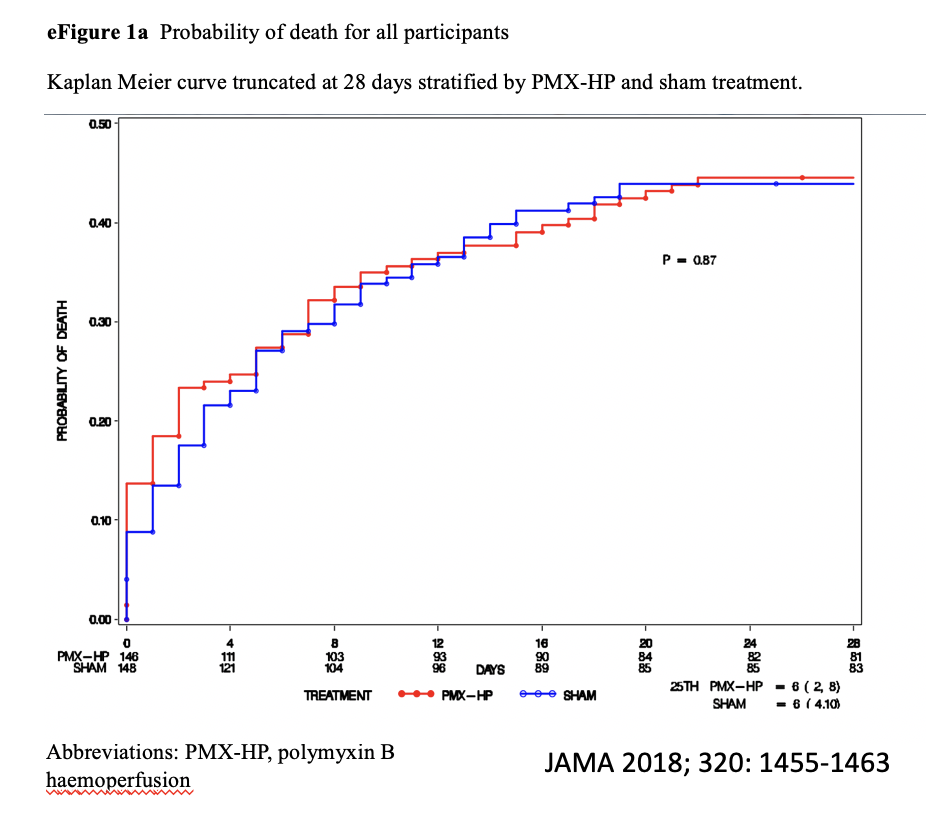 In the wake of the publication of the EOLIA trial, the role of early venovenous extracorporeal membrane oxygenation (ECMO) in very severe ARDS remains uncertain and widely debated. We will report the results of a post hoc Bayesian analysis of the EOLIA trial conducted to determine the probability that early ECMO reduces mortality in very severe ARDS.

“Bayesian analysis combines the results of a clinical trial with prior information and beliefs (both skeptical and enthusiastic) regarding the treatment effect to produce an updated direct estimate of the probability that the treatment will benefit patients. Bayesian analysis can help to inform the interpretation of study findings.”

This session will also include a cast of expert commentators, who will discuss important points following each presentation and open up discussion during this Clinical Trials Session. Here is a full list of clinical trial presentations and commentators: