US can track changes in muscle mass of critically ill pts 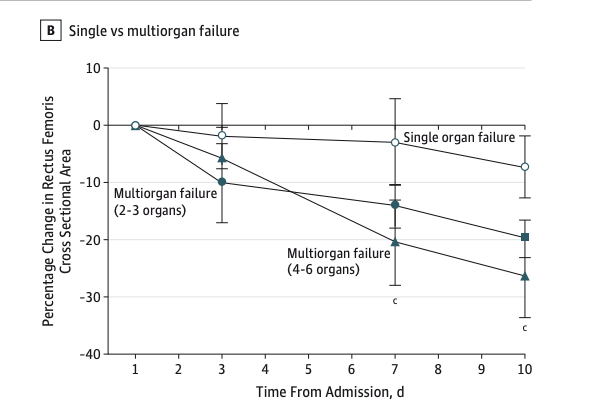 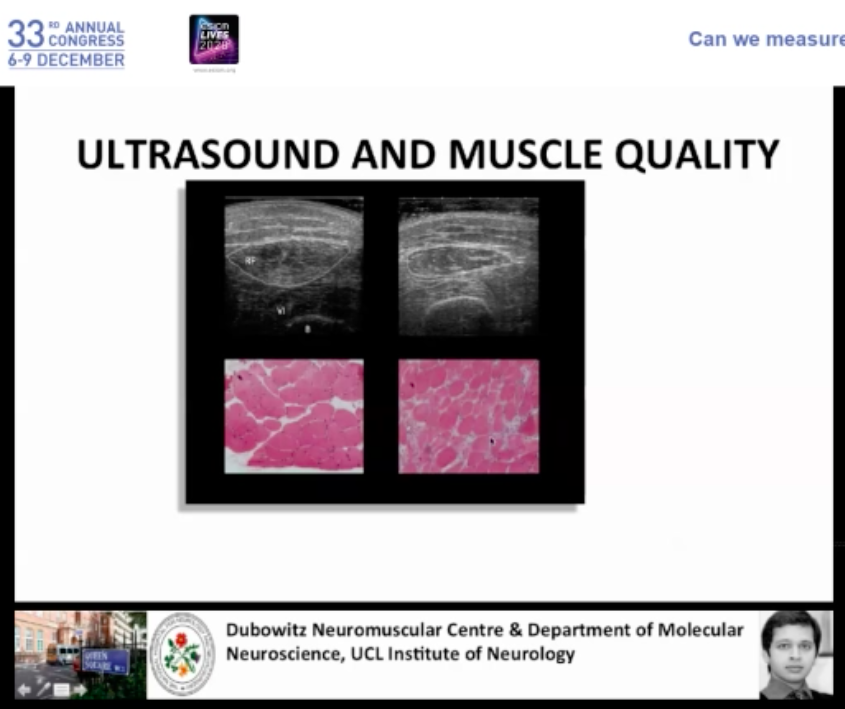 US + Bx of muscle, repeated 10d later –> smaller, brighter RF = cellular infiltrate + myonecrosis (present in up to 40% of critically ill pts)  — US is a non-invasive tool to detect changes in Muscle QUALITY and has been used in the paediatric population for over a decade 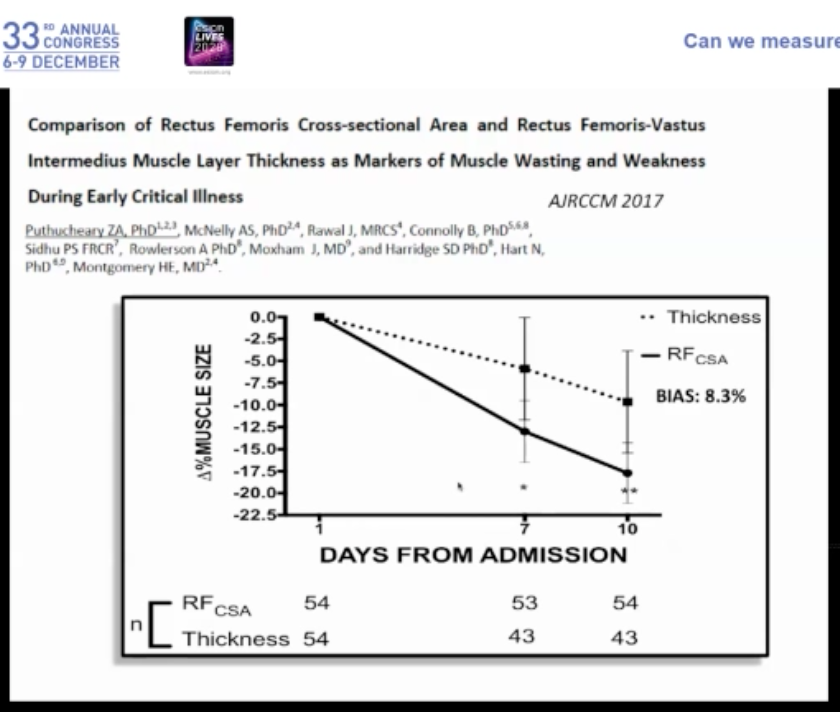 Limitations with using US to measure Muscle MASS – How to assess? 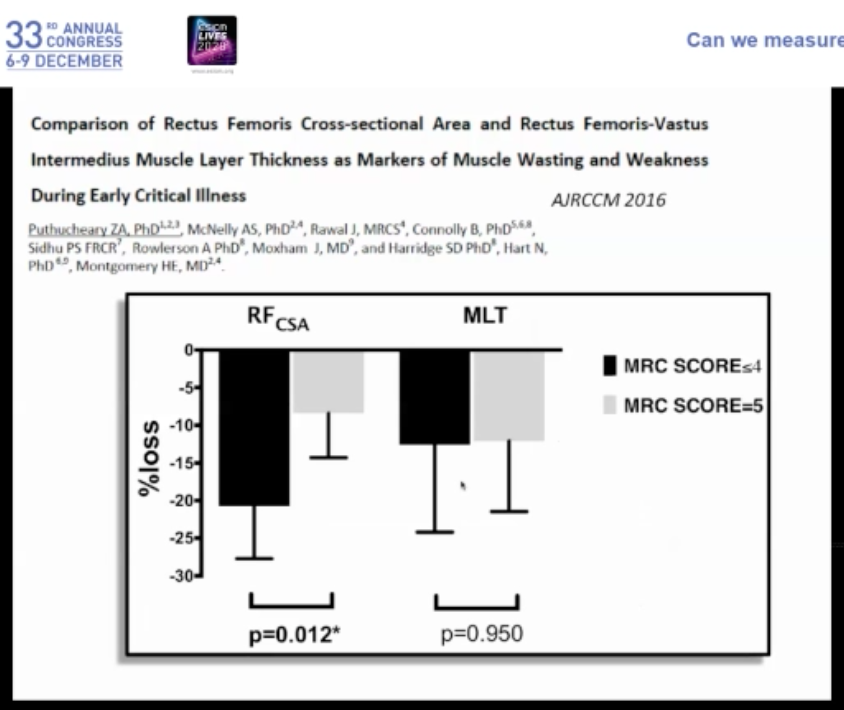 This change is not seen in MLT i.e. MLT is not associated with muscle function in critical illness

MLT also does not correlate with muscle mass (measured on CT) 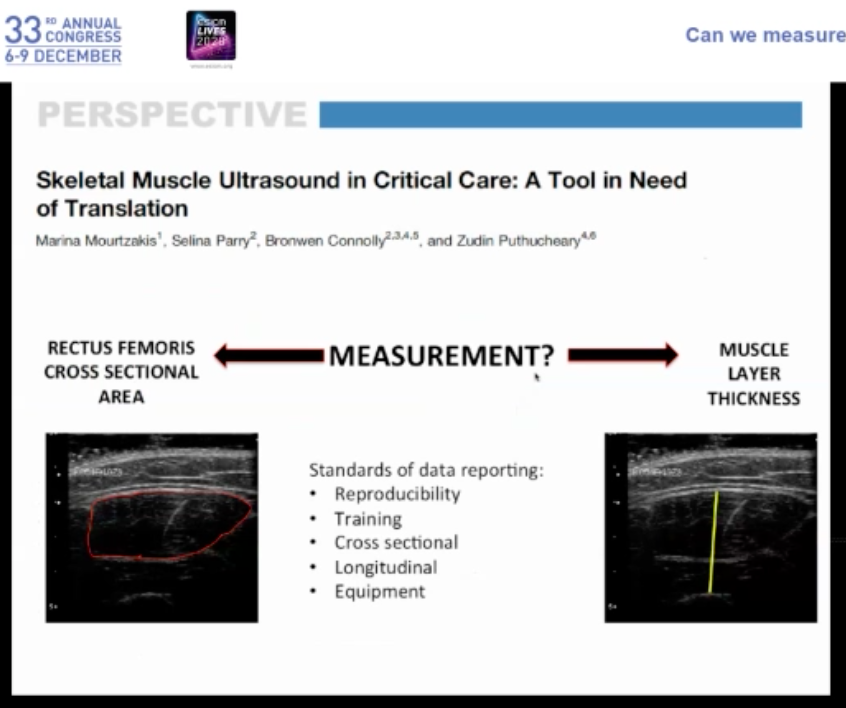 –> reliability, reproducibility, accuracy should not be assumed