Muscle wasting is common in critical illness, significantly greater in the sickest pts 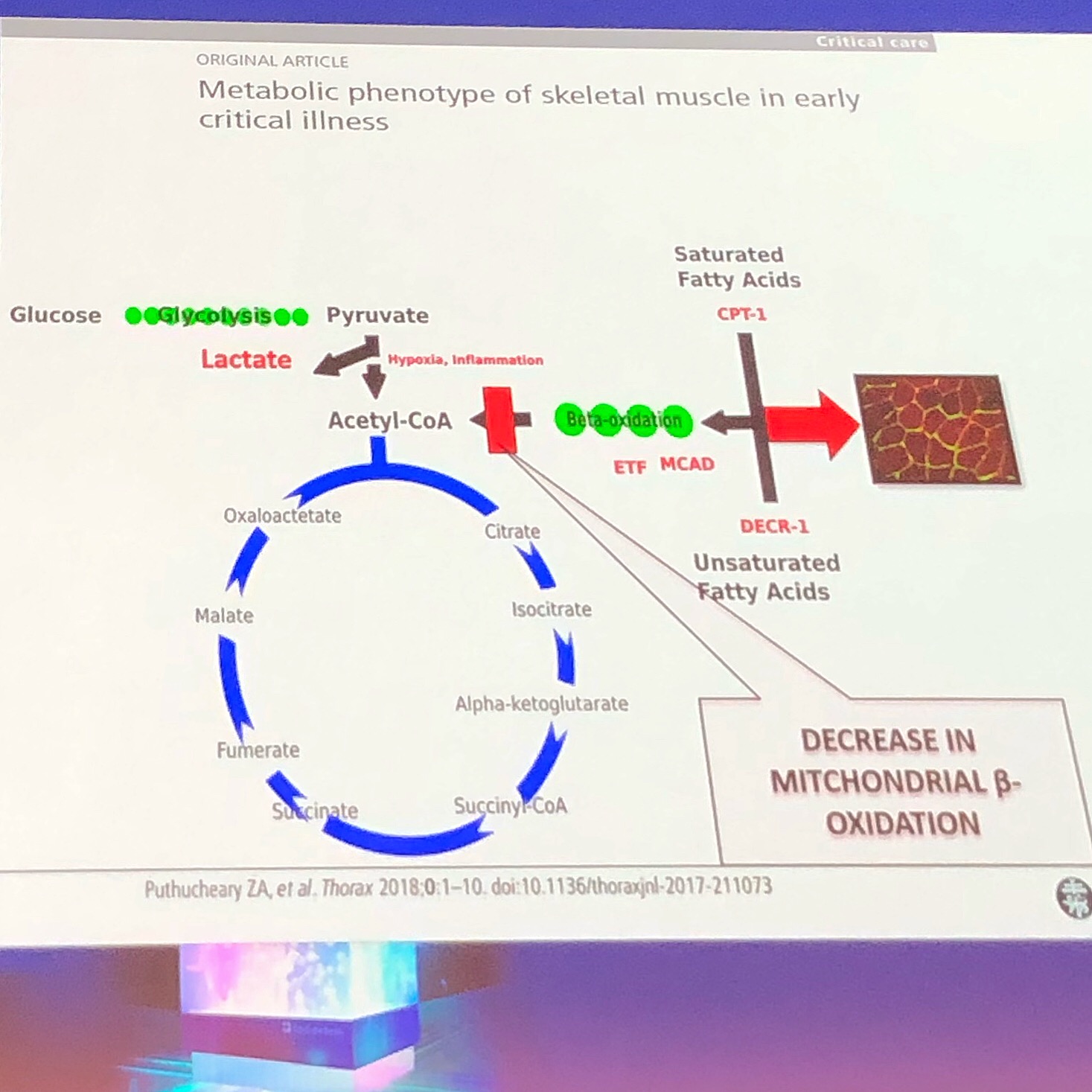 Smarter use of protein is required 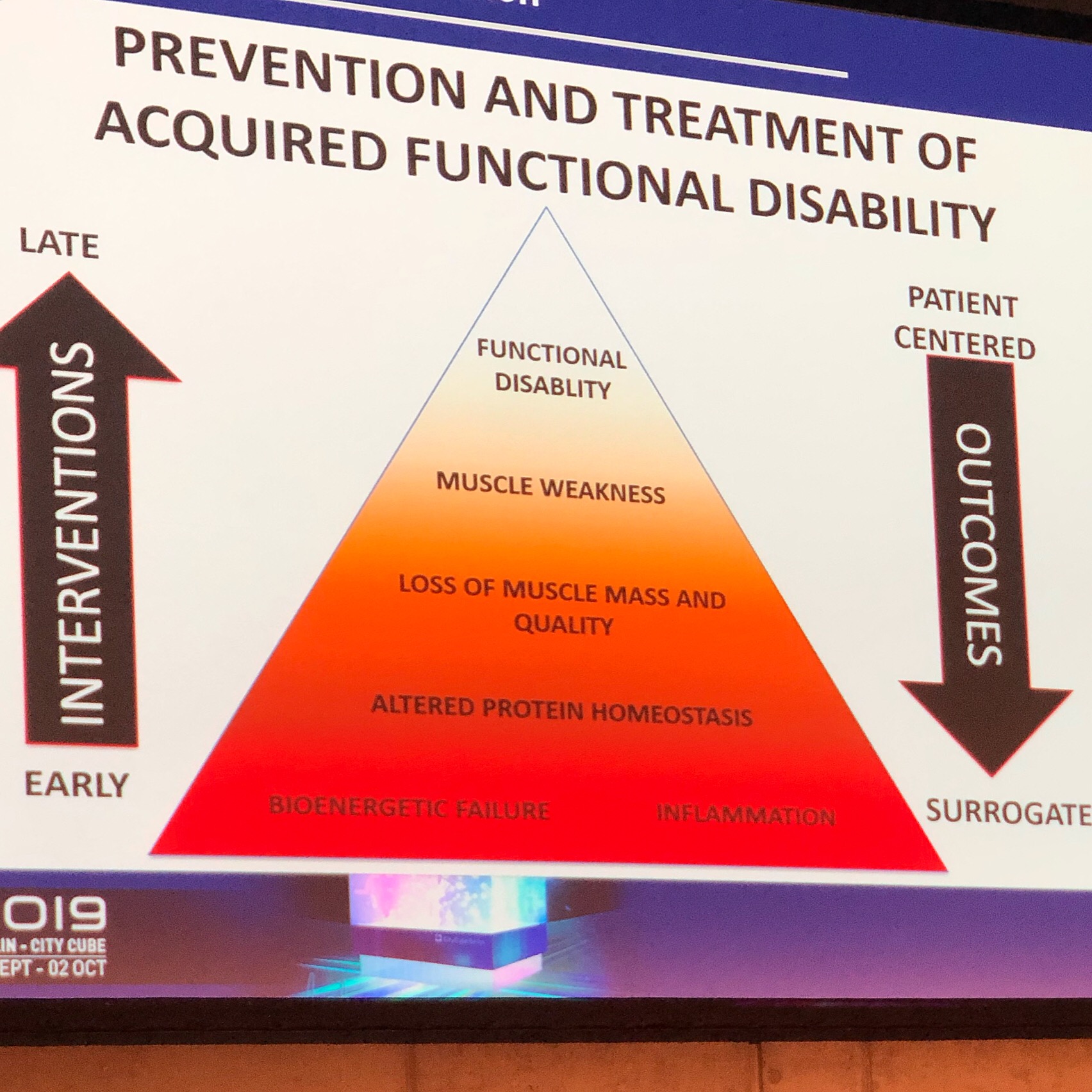 Relevance of outcome measures: only 1% of trials since 2000 measure muscle function as a primary outcome – more trials needed which focus on functional outcome

Can nutrition be used to target mitochondrial dysfunction? 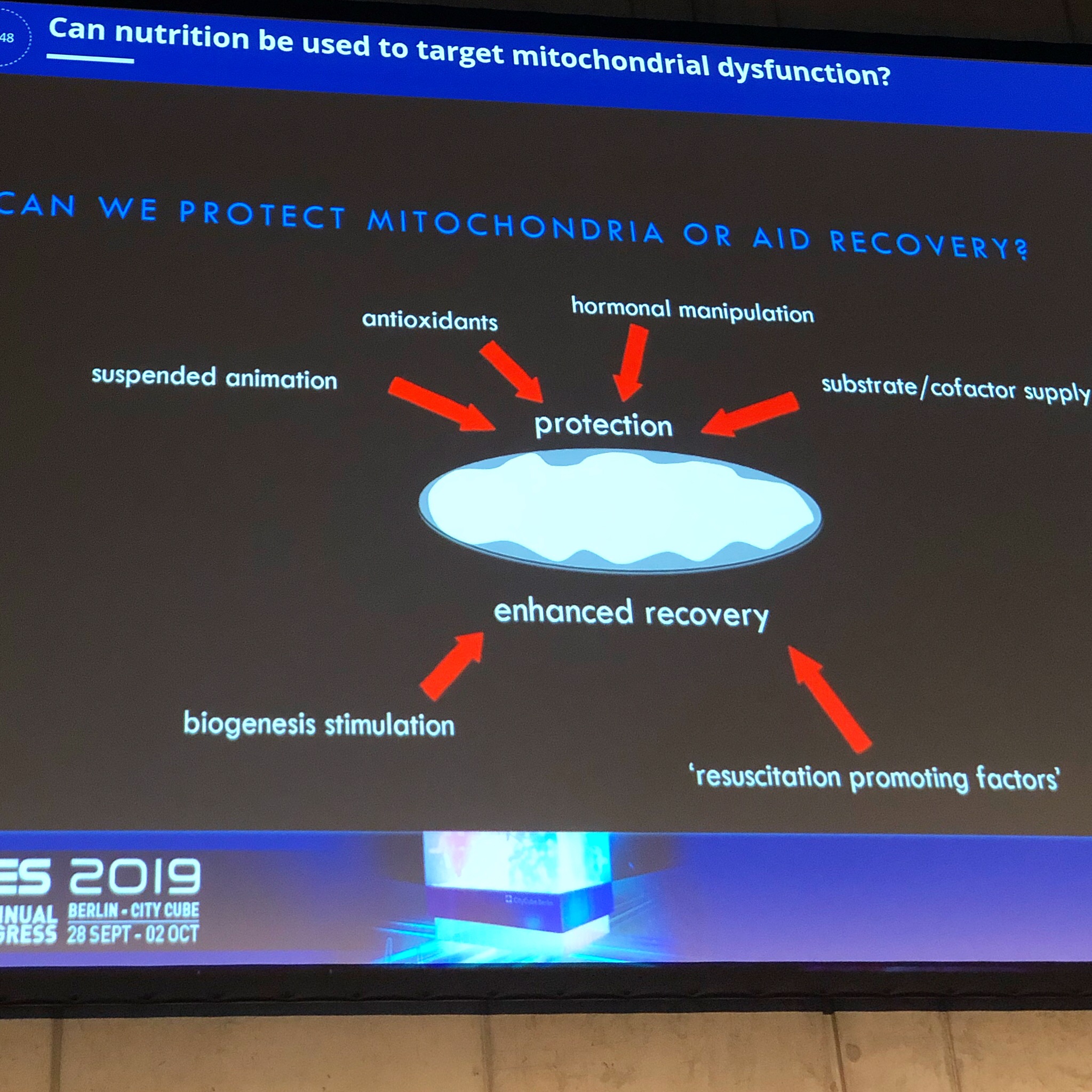 Supplementing with antioxidants: if the pt is in MOF and damage has already been done, have we missed the boat?

No strong evidence for high protein delivery – 1.3g protein / kg / day should be given progressively + physical activity may improve the beneficial effects

Paradigm: Substitute for what the patient is unable to eat

No benefit to meeting caloric goals in the first 7 days, and in fact this will have undesirable consequences