Aidan Baron Interviews Professor Flavia Machado after her lecture on Sepsis in Low Resource Environments with a particular focus on Brazil and Latin America.

Flavia Machado is professor and head of the Intensive Care Session of Anesthesiology, Pain and Intensive Care Department at the Federal University of São Paulo in Brazil. This year she received an honorary membership of ESICM for her global leadership in intensive care research at LIVES 2018.

She is one of the founders of the Latin America Sepsis Institute–LASI. She was the president between 2008-2011, vice president between 2012-2015 and is currently its CEO. LASI is devoted to awareness raising, quality improvement and coordination of multicenter studies in sepsis field. She is part of the executive board of the Global Sepsis Alliance and the executive committee for the World Sepsis Day. She serves on the 2012 and 2016 board of the Surviving Sepsis Campaign International Guidelines. She has been a member of the International Sepsis Forum (ISF) council since 2014. She is also a member of both the Executive and Scientific Committee of the Brazilian Research in Intensive Care Network-BRICNET.

Play the podcast below 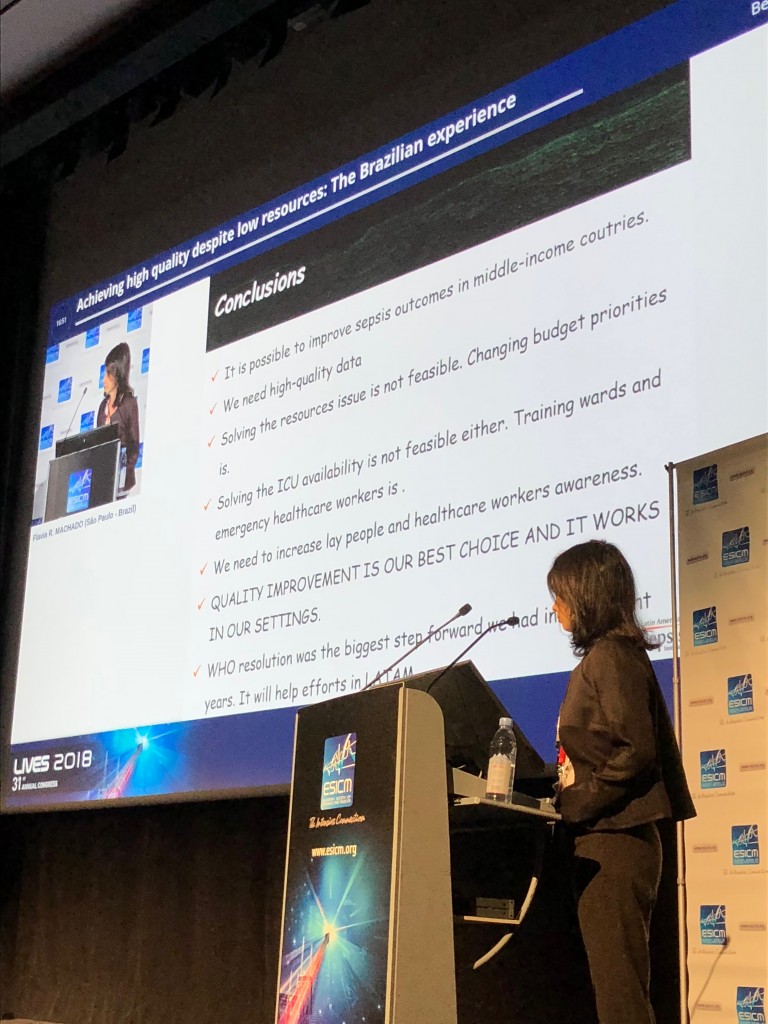