Great stuff from the TRISS trial – which has already told us that a lower haemoglobin target is safe in septic shock and anaemia.  In this follow up long term outcomes of mortality and health related quality of life at 1 year where not significantly different in the intervention group.

As Professor Angus commented after the presentation – this critical care trial that planned long term follow up from the beginning and has now done long term follow up is to be applauded.  It seems safe to continue with a restrictive transfusion policy.

Expecting transfusion to affect mortality 2 years later may have been a bit of a stretch:

Longterm outcome of TRISS Trial from @AndersPerner No difference. Can transfusion had impact 2 years after ? Not pretty sure. #LIVES2016 pic.twitter.com/TTqpHNmCVn

… but I think the trial is important. The paper was published in ICM – available here

Ive been waiting for this trial for a while because it is interesting – it was challenging a dogma – (putting the bed/patient head up reduces pneumonia) for which the evidence is pretty weak, but has made it into many bundles and guidelines.

It didn’t really work sadly, the study was stopped after 400 patients as there were several adverse events in the group put head down (lateral) and there was too a low an incidence of VAP:

Conclusion of Gravity VAP trial: we don't care about VAP: no higher mortality no higher LOS or L of MV #LIVES2016 pic.twitter.com/9iyrS6Akxq

I don’t think its published yet.  The trial used Facebook and Twitter to help communicate as many now do.

Available to read now in Intensive Care Medicine, this trial set itself up for a win, by setting its primary endpoint as actually achieving the intervention.  Not to be flippant this is harder than it seems, and they did manage it.  A feasibility trial, they have plans for a large scale trial.

The bottom line crew are all over this of course… Thanks Segun for this review.

Trial can be read in full here.  The intervention was a programme of ICU photographs and 3 follow ups over a year post ICU discharge. It might have caused less anxiety, but overall made no impact on their primary or secondary outcomes.

No difference in ROSC or neurological outcome found. Read the paper in JAMA.

Patients felt less breathless with NAVA, but otherwise study summed up well in this tweet:

This was a great session looking at the emerging and now obvious problem of antibiotic resistance.  Melvyn Mer opened with an overview of the problem:

Health professionals are afraid NOT to prescribe antibiotics and this is a major (but not the only) factor driving resistance across the world.  Despite international and national initiatives (such as the Anti Microbial Resistance review from the UK prime minister https://amr-review.org ) the problem is growing…

The organisms that are involved have changed over the last few years, with the pattern moving from gram positives to gram negatives – that being said MRSA and VRE are still a problem.  However the emergence of extended-spectrum Beta-lactamases (ESBLs) in Klebsiella, E Coli and Proteus along with beta-lactamase resistance among Enterobacters and Citrobacters, AND multi drug resistance in Pseudomonas aeruginosa, Acinetobacter spp., and Stenotrophomonas maltophilia becoming more common sets a scene where we ALL have a responsibility to think about antibiotics.  ICU of course tends to gather a lot of these together – the EPIC studies tell us that half the pts on ICU are infected at any one time.

Current status of #MDR – what to watch out for #LIVES2016 @ECDC_EU pic.twitter.com/FvYXFBTD8Y

This (open access) paper from the Annals of Intensive Care is worth a read to get a good overview.

Another takeaway from Melvyn Mers talk (apart from his inspirational quotes and singing!) was the spread of resistant fungals around the world.  An azole resistant candida, previously confined to the southern hemisphere, has now been isolated in the UK and an ICU somewhere in England has been fighting an outbreak of it over the last year (This alert from Public Health England from July this year is worth a read as are their guidelines on treating it).

"Its with insistence that i ask you to fight, with persistence, resistance!"

How can we do anything about this? Well there a number of things.  Mer thought we (as a speciality) need to have clear guidelines to support health professionals NOT giving antibiotics, that there needs to be a push to address the agricultural sector (60% of worldwide antibiotics are used in animals) and, perhaps most relevant, was his plea to “get your own house in order”.  Start small…

There followed a talk from Matteo Bassetti showing the link between MDR infection with mortality – and unsurprisingly perhaps, there is a link.

Also the DALI study was mentioned – a really important ESICM study from Jason Roberts et al which not only said that ICU patients more often than not have inappropriate dosing regimens and antibiotic levels, but linked that with a poor outcome.  Worth a look: open access PDF of DALI trial

One of the solutions may well be tailoring / personalising antibiotics to the individual, including combination therapy, e.g.:

RCT of colistin + rifampicin vs colistin alone
No diff in mortality, but eradicated acenitobacer betterhttps://t.co/QluBIkPu3R#LIVES2016

Otherwise, Dr Bassettis summary was this:

Finally in this session we heard about an initially French but now global initiative to help combat antibiotic resistance the – the world alliance against antimicrobial resistance (you can read about it here).  Overall it is one important part of the fightback that aims to bring in professionals from across the animal and human medicine spectrum and take action on antibiotic resistance.

Laurent Brochard makes a compelling case for measuring this.

Laurent Brochard makes a good case for using oesophageal pressure to guide ventilation. Why? Lots of reasons it seems:#LIVES2016 pic.twitter.com/7KRJNf8at1 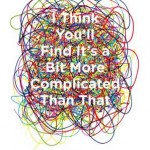 And after a short talk I get it. We make many assumptions about what’s going on at the pleural and alveolar level when we drive ventilation. But we don’t really know and now perhaps we can. And when you look at the respiratory mechanics you of course see that, like all science, and to use the words of Ben Goldacre, “I Think You’ll Find It’s a Bit More Complicated Than That”.

It seems that true ventilator-patient interaction might be more accessible when you measure oesophageal pressure, and potentially the opportunity for true tailored or individualised patient therapy, a recurring theme at this year’s ESICM.

The AKI initiation debate @ #LIVES2016 chaired by Prof Forni. Forget early versus late, it's time to move to an individualised pt approach! pic.twitter.com/xVg518tzg0

individualised nutrition is needed for the different phases of critical illness. Need to get energy & protein dose right. #Lives2016

Oesophageal pressure monitoring might be the ‘missing measurement’. And it’s not just for ARDS either. In his review, and in the interview I had the pleasure of having with him this morning, Brochard explains that during the spontaneous phase of breathing on the ventilator (weaning) there might be more information to had by measuring the oesophageal pressure.

This all needs to be integrated into patient care, and added to the clinical picture, just as an ultrasonographer like me, who also uses a stethoscope, I won’t be hanging up the latter just yet, or making decisions about my patients just because of something I am shown on a screen.

The future of oesophageal pressure monitoring is interesting, and the ESICM’s PLUG Section are working towards refining this new old technology and hopefully giving us the thing that quickly prizes money from people’s hands, some outcome improvements.

The second day of the conference started in the NEXT lounge with a feisty debate between Mervyn Singer and Jean-Louis Vincent – entitled “Rewriting the rules time and time again – Why syndromes are not diseases” but quickly unravelled to a lively debate with the audience asking these giants of ICU what on earth they should do know treatments are debunked and definitions changing and guidelines expanding.  Lots of fun and a positive vibe in the end – I think the summary is as #merv says, do what makes sense!

What does too much fluid mean?
The ebullient intensivists battle it out#LIVES2016 pic.twitter.com/1IreWxoEEx

Great q from audience
So many trials
How do we know when to change practice?#Merv makes flaky analogy to washing powder (sorry)#LIVES2016

CVP is no use ? Then what should we use? ITS NOT SO EASY TO RAISE THE LEGS (jlv volume CAPITALS)
Do what makes sense says #Merv #LIVES2016

What do you think of big data?#merv -retrospective data that generates hypotheses to study@jlvincen -use all available sources BD just one

Sepsis 3 is a definition
It doesn't tell anyone how to treat a patient says #Merv
Guidelines are just. a. guide.! #LIVES2016

#JLV on definitions “Sepsis is organ dysfunction associated with infection and it will be the same in 2000 years.“ #LIVES2016

I can’t seem to get Mervyn Singer on “the twitter” but I’ve given him the hashtag #merv! – Chris Nickson had some ideas…