Education is a essential part of ESICM

An international survey of training in adult intensive care medicine. 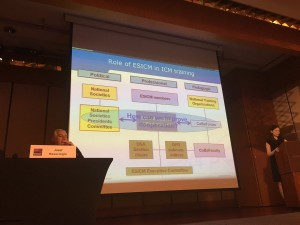 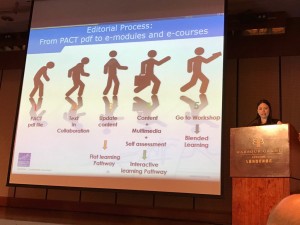 The benefits of worldwide research network (A Pesenti)

Build a community of Critical Care phycisians and nurses

Worldwide Intensive Care in the next 20 years (JLV)

The Future of Critical Care Medicine: Integration and Personalization.

The second day of the conference started in the NEXT lounge with a feisty debate between Mervyn Singer and Jean-Louis Vincent – entitled “Rewriting the rules time and time again – Why syndromes are not diseases” but quickly unravelled to a lively debate with the audience asking these giants of ICU what on earth they should do know treatments are debunked and definitions changing and guidelines expanding.  Lots of fun and a positive vibe in the end – I think the summary is as #merv says, do what makes sense!

What does too much fluid mean?
The ebullient intensivists battle it out#LIVES2016 pic.twitter.com/1IreWxoEEx

Great q from audience
So many trials
How do we know when to change practice?#Merv makes flaky analogy to washing powder (sorry)#LIVES2016

CVP is no use ? Then what should we use? ITS NOT SO EASY TO RAISE THE LEGS (jlv volume CAPITALS)
Do what makes sense says #Merv #LIVES2016

What do you think of big data?#merv -retrospective data that generates hypotheses to study@jlvincen -use all available sources BD just one

Sepsis 3 is a definition
It doesn't tell anyone how to treat a patient says #Merv
Guidelines are just. a. guide.! #LIVES2016

#JLV on definitions “Sepsis is organ dysfunction associated with infection and it will be the same in 2000 years.“ #LIVES2016

I can’t seem to get Mervyn Singer on “the twitter” but I’ve given him the hashtag #merv! – Chris Nickson had some ideas…

Increased expectation of patients, relatives and colleagues outside the ICU is pressurising

Be aware of cultural differences

The ethics of end of life care

Review: Dying with dignity on the ICU

Clinical trial on having palliative care teams on the ICU