Which fluids need to be administered in the trauma patient? when? In trauma patients, fluid resuscitation aims at restoring circulating volume to prevent cardiac arrest due to severe hypovolemia, and at achieving a satisfying level of mean arterial pressure to ensure adequate tissue perfusion, limiting coagulation disorders. Lot of potential secondary adverse effects could be associated to  fluid resuscitation, ie hemodilution, acidosis & coagulation disorders.

In this infographic,  the concepts of permissive hypotension and remote damage control resuscitation RDCR, and some notes on on crystalloids, colloids & blood products.

content based on the talk given by Sophie Hamada, ICU Hôpital Bicêtre University Paris Sud, Groupe Traumabase.EU during the Trauma & surgery session  of the EDIC I Refresher Course at #LIVES2019 Congress

Pitfalls in the trauma case management:

posterior dislocation of the hip

PS do not forget analgesia & sedation!

infographic based on the talk given by Sharon Einav, Shaare Zedek Medical Center, Hebrew University Faculty of Medicine, Jerusalem, Israel during the Trauma & surgery session  of the EDIC I Refresher Course at LIVES2019 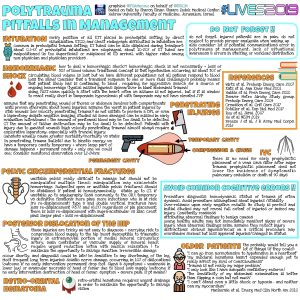 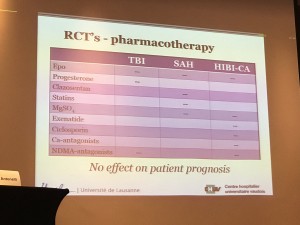 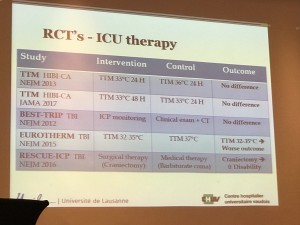 A Trial of Intracranial-Pressure Monitoring in Traumatic Brain Injury

Diverse effects of hypothermia therapy in patients with severe traumatic brain injury based on the computed tomography classification of the traumatic coma data bank.

A response to the Chestnut trial –

A Method of Managing Severe Traumatic Brain Injury in the Absence of Intracranial Pressure Monitoring: The Imaging and Clinical Examination Protocol.

There is therefore an unsurprising degree of variation in how TBIs are managed.

Variation in monitoring and treatment policies for intracranial hypertension in traumatic brain injury: a survey in 66 neurotrauma centers participating in the CENTER-TBI study. 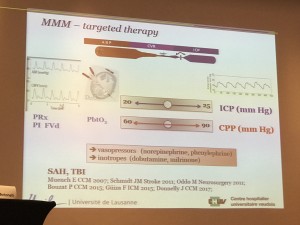 Electroencephalography as a Prognostic Tool after Cardiac Arrest. 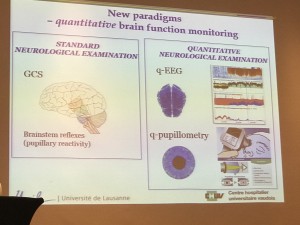 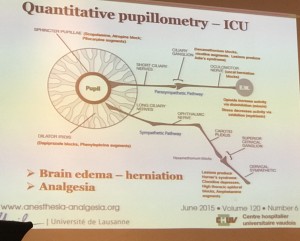 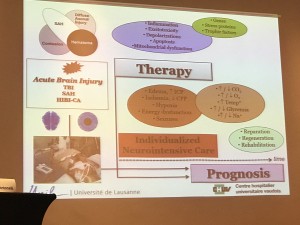 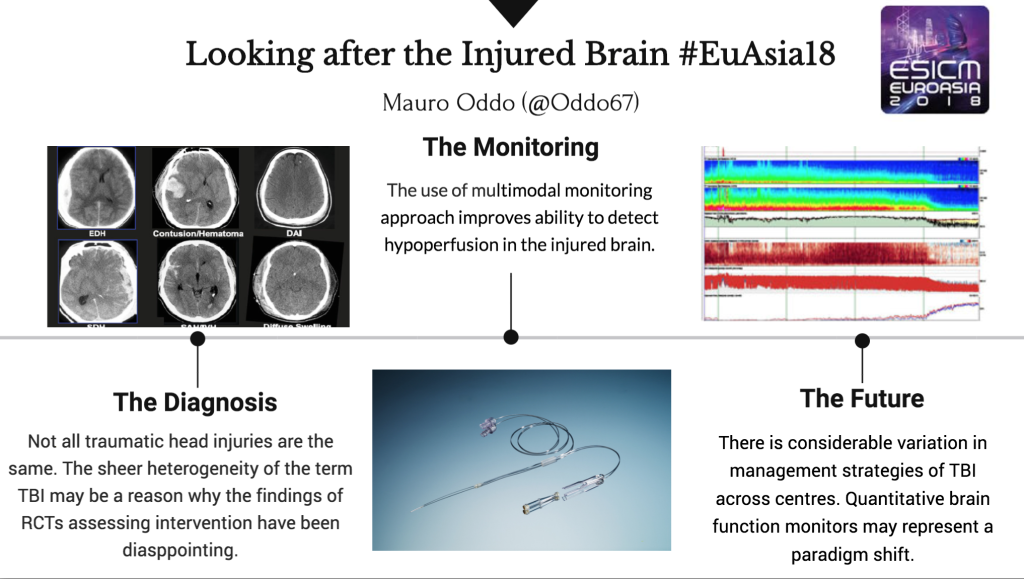